Ottawa and Buffalo always bring the crazy as I mentioned on Saturday.  But there are more things at stake for these two teams.  The Sabres are fighting for a playoff spot and right now, fighting for a better playoff spot.  A handful of teams are starting to collapse in front of them and the Sabres are poised to make a charge up the standings.  They also are out to prove that they aren't going to falter with Vanek out of the lineup.  They need to show that they can handle scoring some goals and pulling out a few wins with their top scorer out of the lineup.

For the Senators, its pride.  No one wants to lose to one of their rivals and certainly they want to spoil the show on the road.  The Senators are starting to warm up to new coach, Cory Clouston, even though things are still in their infant stages.  Will Clouston become the new coach for the Sens, probably not, but he is what they have now.  Clouston's biggest obstacle is being able to motivate a team that isn't going anywhere.  A team that has no passion for something is not going to play well and is going to buckle under any sort of pressure.

The Sabres and Senators always have something to play for when they play against each other.  There is passion on both sides of the puck and a hatred that runs deep.  Even though some of the instigators are out of the lineup, the action on the ice will still be chippy and passionate.  Nothing is more scary than a division rival that has nothing to lose. 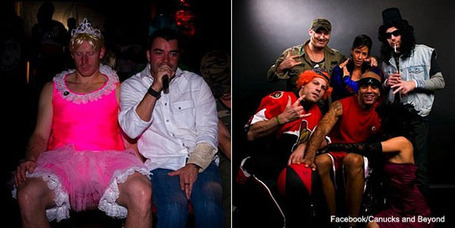